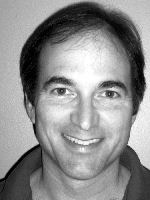 The following is a guest post by Alan Sincic, whose short story “Congratulations” won third place in Typehouse Literary Magazines 2019 short Story contest, and appeared in Issue 18 of Typehouse.

I took karate for a year or so in college, and one of the things we learned early on was to be in complete control of our punches and kicks. The goal is to throw a full-power, full-speed punch that stops just short – within millimeters – of that vulnerable point on the body you’ve targeted. At the same time, you’re supposed to picture in your mind’s eye that fist of yours (specifically the ridges of the first two knuckles as they come twisting around with a snap of the wrist) smashing through the target. The idea is to punch, not at the target or on the target, but straight through the target – to shatter the ribs or to break the nose. We practiced on a “mock war-board” – a lightly padded wooden slab, a kind of springboard anchored to the wall with coils to absorb the shock. The board we would strike full-force, over and over again, to toughen up the striking knuckles and to perfect our form. Each blow we’d punctuate with a kee-aaa yell emanating from the solar plexus – a cry designed to focus the full force of one’s energy and, at the same time, to (presumably) unnerve one’s opponent.

When we sparred, however, we were never allowed to engage in full-contact fighting. Aside from the obvious difficulties – one blow, even from a beginner like me, could easily break someone’s nose – the whole point of sparring was to demonstrate, even under pressure, one’s complete mastery of technique. A blow that touched the karate gi or snapped to completion within an inch or so of the face was considered a “hit” and points were awarded. Not unlike fencing, where you don’t have to skewer someone to win the match.

Okay. So this has what to do with writing? Think of what happens in all those stories that keep us in suspense. Into the recipe they stir:

So here we go. The ingredients gather: the mugger meets the amateur ninja. The hero coils up into his ninja stance… and then pauses. Into the scene we lean. We find ourselves invested in the outcome. What will he do? What will he decide? How long will he hold us here, suspended in the balance?

And so it goes in a million movies and stories and books we’ve read. It’s the unconsummated kiss that ignites our interest, the slugger who sees the opening but stays his hand, the spy with the secret who (almost, but not quite) speaks. Not the bullet in flight but the finger on the trigger; not the leap into the abyss, but the lean out over the edge; not the ka-boom – no, but the tick of the timer.

A teacher at Valencia College, Alan’s fiction has appeared in New Ohio Review, The Greensboro Review, Hunger Mountain, Big Fiction Magazine, A-3 Press, The Gateway Review, Cobalt, and elsewhere. Short stories of his recently won contests sponsored by The Texas Observer, Driftwood Press, The Prism Review, Westchester Review, and American Writer’s Review. He earned his MFA at Western New England University and Columbia and — back in the day — published a children’s chapter book, Edward Is Only A Fish (Henry Holt) that was reviewed in the New York Times, translated into German, and recently issued in a Kindle edition. For more info, visit alansincic.com.