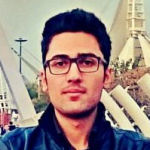 The following is a guest post by Mahdi Ahmadian, whose poetry appeared in Issue 12 of Typehouse

And each line I breathe I find myself again, as people judge my poem as me and believe the poem is the way inside me, to my head and my being. I confess and I do not want to confess, but I express emotions that are far detached from what I am. As a poet, or better to say a maker, I find myself becoming a non-entity with poetry, with writing, with creating. I often reflect on Things I know but I do not know, subjects, mere things shrouded by the eternity of everyday. It is better to say: “I gush words like a geyser.”

However, this geyser, this stream of words, poured on a page of a paper, is the result of accumulation of raw material (boiling words and ideas) inside the maker’s imagination. Making a poem can lead to a state of being that is ahistorical, atemporal, aspatial, and one can feel the inwardness of nature while making. It is this inwardness of the poetry that shapes the poem and Things in it. This gift of writing makes the creator feel redeemed each time the completion of making occurs. However, the urge to make more and make better makes it unbearable as one feels castrated by the inability to make more and better. The maker in poetry is dominated by the language. However, this self-chosen domination leads to recognition and makes the one find his/her own nature and heritage anew, one which lies in the collective unconscious of the ones from yesterday, today, and tomorrow.

In the poems published by Typehouse Literary Magazine, the subjects are real, but they are not. Imagination is the essence of these works. Imagination is the gear that turns the wheels of these poems. You can close your eyes and find your being transmuted in different forms and shapes, as though your being is a non-being, and that is what the essence of the making is. You turn to an alien, an outlander, and become the one who can feel the nature of the ones that occupy the space of your imagination.

This unconscious process of crafting poetry creates identities and deconstructs them over and over again. Once you find yourself becoming the beggar on the bridge and once the man who died in a car crash in another part of the world, changing roles and forming new masks, or better to say new realities. You leave the boundaries of the flesh and turn to reflect on the experience of the self as the Other— the one you do not know. This representation sutures your being with the supplementing reality inside/outside and merges it with what is essentially beyond perception, what is concealed in an ever enunciatory mode of existence which we call writing, leading to a better understanding of being in the world. 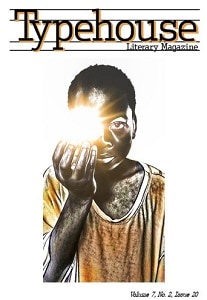 Our current issue is number 20.
Find out more here