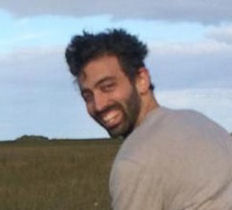 The following is a guest post by Ruy Arango, whose short story “Waking” appeared in Issue 11 of Typehouse.

A lot of people think writing is great, that it’s cool and sexy, that there’s something really special about it, something artistic. Those people are wrong. Writing is gross.

Writing is gross because it’s personal. Not the warm conversation kind of personal, the middle-school-sans-antiperspirant kind of personal. In fact, it’s so personal writers often shy away from showing it to anyone, the way you’d shy away from lending out your underwear. Writing is hope and desire and fear all rolled up into a ball of letters. Sometimes there are even semicolons. Gross.

Writing is gross because most of it is bad. That’s right, bad. And a lot isn’t even bad, it’s really bad. It has typos and too many commas. Sometimes it doesn’t go anywhere, just limps on page after page. Sometimes it doesn’t even do that, just sits there, dense and off-putting, like a stool sample. It’s the kind of stuff that attracts flies, that leaves a trail of slime. Really bad. Gross.

So, writing is gross, but what about stories? We like those, love them even. They’re great, fantastic, the best. We couldn’t do without them. Is there something to be said about this? About the fact that stories are made from writing (ew), that they’re forged over days and weeks and years, and that if the writer had a soul (doubtful), some part of it would surely be in that story, that thing we read and take into ourselves like nothing less than the communion of God almighty?

But writing is still gross.