The following is a guest post by Elsa Williams, whose nonfiction piece “My Education, San Francisco 1994.” appeared in Issue 16 of Typehouse.

A woman in my writing workshop said, “I don’t understand how you could be friends with someone like Lila.”

I was writing about the chaos of my teens and early 20s, and especially my messy relationship with Lila, and I was workshopping my manuscript for the first time. I needed to know if what I was writing made sense to anybody else. But I was still learning how to weigh the value of different questions, and I needed to find “my readers” —people who understood what I was trying to do and wanted to help me get there.

The woman who asked about “someone like Lila” was not my ideal reader. She littered my pages with, “I just don’t understand this,” and I was caught up short by the depth and breadth of her ignorance.

But she was not the only person in the workshop who was confused by my friendship with Lila.

Lila at 19 had been reckless, self-involved, over-invested in being cool, and sometimes cruel. She has also been one of my closest friends for 25 years. And she has been incredibly gracious about giving me feedback on a project that does not always portray her 19-year old self in the best light.

It felt very personal, that readers hated my friend. And it was hard to admit that there was a fundamental problem with my writing. I was trying to show not tell, but the scenes that I remembered most vividly were the moments when Lila had hurt me, when I felt excluded or belittled. Readers couldn’t understand the stakes of that hurt, because they couldn’t really believe that Lila and I were friends.

The workshop instructor had told us that sometimes all you need is one or two good sentences of telling to set the stakes and orient the reader. I sat down with my composition book to try. I wrote, “Why did I like Lila?” at the top of the page and let my frustration fuel my writing. I spent two hours and ten longhand pages trying to answer the question. Then I took that work and tried to boil it down to a couple good sentences. Something concise and true.

I wrote, “I was a Berkeley kid (queer, messy, theatrical, with blue hair and a leather jacket) at Harvard. Nobody knew what to make of me. In Berkeley I had been part of a vibrant group of nerdy queer and punk kids. In Cambridge, the lines between town and gown were starkly drawn, and I struggled to find my place. I was deeply lonely, just trying to tough it out until graduation. When Lila (queer, messy, theatrical, with purple hair and a leather jacket) got to Harvard, she was exactly the person I needed. We immediately recognized each other as kindred spirits.”

When I was able to ground the reader in my connection with Lila, the response was profoundly different. The woman who had been so vocal about not understanding had dropped out of our writing group, but another women who had, by that point, read hundreds of pages about Lila, told me, “I feel like, for the first time, I understand.”

Elsa Williams is a biomedical scientist living in Medford, Massachusetts with her husband and two children. She is working on a memoir about her early 20s and blogs about feminism and harm reduction at elsawilliams.net 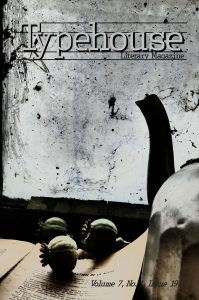