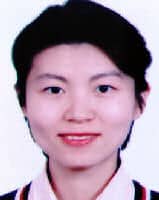 The following is a guest post by Jing Kong, whose artwork was on the cover of Issue 18 of Typehouse.

The first time I saw Louis Wain’s painting was in a newspaper. The tabby cat in the picture has big eyes and looks left. The picture is so unusual and the cat seems to have a human expression. It looks cunning, curious, a little shy. The paintings I have seen about cats can be roughly divided into two types: realistic and cartoon. Both record the joy of life. I like cats very much, and I also like this kind of pure and childlike painting, so I searched for more of his paintings online. I was greatly affected. His cats have feelings, souls and many interesting behaviors.

For example, Wain painted a light yellow cat’s profile with a light blue background. There is a smile on the cat’s mouth. Its eyes look back. The cat looks very cunning and clever.

Another of Wain’s paintings has two cats sitting at a table and playing poker. Each cat is biting a cigar, looks leisurely and confident. They are not only looking at the cards in their hands, but also speculating opponent’s cards.

My favorite painting is the tabby cat picking grapes, the cat has a dumpy figure and a thick tail, the background is red. The tabby cat has picked bunches of grapes in its hands, but its eyes are looking at the scattered grapes around its feet. Its greedy expression looks like a person, wanting more. In order to further understand his works I tried to copy them.

For my submission to Typehouse, which became the cover of Issue 18, I drew a cat who plots to sneak-attack a parachuting mouse. A tabby cat appears in the blue sky, inhaling through its big mouth. On the left, the mouse under the parachute is very scared and holds fast the parachute rope. The cat watches the movement of the mouse closely. The cat looks cunning, but pretends to be innocent. The cat wants to eat the mouse and is determined to win.

When I draw a cat, I first determine the posture of the cat’s body, the direction of their head and the line of the cat’s sight. Then I focus on the cat’s eyes. The size and shape of the eyes convey the cat’s mood. Then I determine the position and highlight of the pupils. A cat with round eyes and large pupils expresses curiosity, happiness, concentration and even uneasiness. A cat’s eyes narrowed and squinted, feel disdainful and dissatisfied. The corner of a cat’s eyes tilt upward to indicate anger. A cat’s round eyes look up and have the feeling of fantasy and supplication. Similarly, a cat’s ears lean forward when it is curious. When a cat is angry, its ears are back, its chin is down or forward, its nose is wrinkled, and sometimes it bares its teeth. I think these details are very helpful to explore the cat’s inner world.

Jenny loves life, nature and animals. She thinks painting is a way to explore human and animal souls. She likes traditional painting, using gouache and ballpoint pen. She gets inspiration from interesting pet stories, literary works and movies. She tries to discover the inner world of animals and human from painting