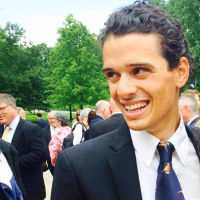 Henry David Thoreau didn’t believe in accidents. The arcane poet wanders in his own magic circle. A magician of sorts, Thoreau believed the poet held the power to round up all the forces of the natural world and, at the right time, conjure something important. Thoreau believed in magic. According to his biographer, Kevin Dann, Thoreau’s walking buddies (including Melville, Hawthorne, and Fuller) reported that whether in search of a rare bud or a sleek arrowhead, Thoreau possessed an uncanny ability to find what he was looking for. Buddhists would say that is the way of the universe; everything rises. The galaxy gathers at the precise moment to assemble what one needs. Often when writing, I feel like that wanderer. A blue-cloaked wizard lost in the desert, except unlike Thoreau, I don’t have the entire cosmos behind me.

With The Salt Pans (Issue 11), I decided to draw my own circle. First, two characters who were, like me, searching. Second, a mystical landscape. The Gozo salt pans of Qbajjar Bay are breathtaking and empty. At dusk, the red sunset pools into the pans multiplying itself a hundred times over. It is a place one can easily believe some ancient horoscopy exists, like my protagonist, Jenna believes. Then, I added imbued objects collected: a leather Nefertiti bag my wife bought secondhand in Malta, a specific biography of Robert Kennedy I bought because I liked the cover photo, my dream car, a red Corvette Stingray, a postcard from Corfu, a package of sardines, and more. Each, I hoped, if I placed into my circle in a particular pattern would conjure some brilliance. When that failed, I rearranged, then again until those objects, when touched by my characters, seemed to shine like rubies. They became imperative. I felt if I moved one, the magic would evaporate.

In that circle, I wandered, searching for a solution to the moment the central tension (Jenna hiding her past from her fiancée, Reed) needed to come to a head. Reed enters the kitchen to confront Jenna while she is preparing dinner. I tried it dozens of ways. Jenna cries. Jenna leaves. Reed yells. Reed cries. Reed leaves. They all felt common, until I moved one of my objects. “Reed placed the postcard onto the counter.” A simple gesture. The postcard fell into place, magically shifting the section’s tone to subtlety. From Reed’s restraint, came Jenna’s quietness. The story felt complete.

There must be more efficient writers out there. Ones who sit down, and consistently write with focus. Could I have achieved this using another technique? The internet isn’t want for downloadable formulas for a “successful” story. Each containing the plot points designed to keep the writer on track. Did I wander for too many mornings in revision? I suppose. I also suppose Thoreau could have found his precious flora with a field guide, but where’s the magic in that?