The following is a guest post by Jarred Thompson, whose poetry appeared in Issue 11 of Typehouse.

Creative writing is an act of love, and like any act of love it comes with a sense of anxiety and intimacy. You wonder whether the words will obey your creative ambition or whether they will betray you on the page, ending up stillborn and stale. Yet, despite the fear that comes with performing such an act, there is a momentary sense of fulfilment after a creative work has been completed. This moment of fulfilment reveals itself in the images and sketches of human life that the writer has created on the page. Creative fulfilment is so enticing, so indulgent, that I find myself feeling satiated for a brief moment in time.

But, like any sense of fulfillment, this moment of Elysian happiness fades as the creative mind seeks new stories, images, and experiences to relate into fiction. A writer’s life is one that can never be totally fulfilled and this is the burden that all writers and artists must bear. For it is that sense of lack (that sense that the story could be told better, richer, fuller) that we return to the page to press our hearts and minds to it in the hope that the right words may capture the elusive dog that barks in our dreams. As Robert Frost once put it:

We dance around the ring and suppose,

But the Secret sits in the middle and knows.

My poems featured in the latest issue of Typehouse Magazine have a lot to do with secrets. When I wrote Condition I was meditating on the secret lives that gay men live. The poem takes place in a gay bathhouse, a place designed exclusively for unattached, anonymous sex. Throughout the poem there’s a questioning to the exact conditions that bring gay men to these places where their secret sex lives may be performed. I wondered what was it about being gay and being trapped in a closet of patriarchy that forced gay men to “plant secrets in each other”, to open themselves up to strangers in a desperate effort to attain pleasure and a sense of escape. What were we trying to escape so desperately? When I wrote the serenity of a toilet cubicle I was contemplating the division between the private self and the public self and how incessantly the one demands to be the other.

It seems then that a writer’s vocation is to give breath and voice to secrets; to unearth them and allow metaphor or imagery to transcend them. Creative writing creates a sense that we may never capture the kernel of truth in the middle of our lives, but the pursuit of it is a never-ending dance that empties our lives but fills our dreams.

As you can see, we have made quite a few changes to our site. First and foremost we now have our own store! That’s right, you can order the current issue, back issues, a subscription or even all four of our issues in print! It is secure and you can pay directly with PayPal. Another lovely bit of news is that we are now available at Powell’s Books in Portland, OR! We are super excited, and hope you look for us when you are there.

Our logo has changed as well, evolving as our magazine is evolving. We also have our blog now, and will be updating it regularly with writing news, essays from our contributors and posts from our editors. We have a newsletter starting up too, and you can sign up right on the sidebar. Overall we are really looking forward for this step for Typehouse, and hope you enjoy it! 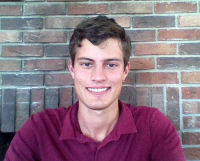 I wrote the following line today, and I didn’t hate myself for it:

“In today’s world, consumer-facing brands have to do something to differentiate themselves from the competition.”

I’ve come a long way. At 13, I was as romantic as I could conceive of being. I used the word “quandary” in every other poem and always tacked on “the vast vacuum of” before writing “space.” It was infinitely exasperating that the “real world” could be devoid of unicorns and somehow, people were not rioting about it. Strangest of all, I never once considered the most fiscally responsible manner in which to file one’s taxes.

I am not the same as I once was. Now, I am responsible for a family, for a child, for my own basic needs. Life may be romantic, but it often hides that part of itself in shame, as if it were in fear of being criminally liable for lacking a “realistic perspective.”

Still, this is all part of growing up, which even the artist cannot avoid altogether. He may suspend his gaze on the stars out the window while cooking his meal, but soon enough he will have to look down to ensure it is safe to eat.

If I told you I wouldn’t change a thing, though, I’d be airing a lie. If I could, I would wreck the vessel of modern life, shifting its insane priorities so you and I could spend the majority of our lives working on what we love instead of what we must.

However, I do not wish for no responsibilities—neither as a man nor an artist. I’ve felt the pleasing thrill of disciplining my hands to work when they wish to slump; I’ve known the pride of a story finished through grit and force of habit alone. More than this, I’ve learned that if I want to invite others into the world of my imagination, Romanticism is insufficient. If I don’t write smartly as well as passionately, no one will catch the vision.

Do you know what I didn’t have as a fervent 15-year-old (besides a driver’s license)? Any structure to my writing whatsoever. In dozens of poems and stories about the “profundity of celestial love,” I never did discover how to withhold enough detail to generate suspense, or how to place a goal in the heart of my protagonist and drag her through hell to obtain it—all for the delight of the reader.

At 27, I write about consumer-facing brands by day, so my wife can throw out expired milk without batting an eye. By night, I’m still peeking around in the craters of the moon, wondering how they manage to contain entire oceans.

We here at Typehouse have been hard at work on some exciting new changes to this website. One of those changes is that our blog will be updating several times a week, with content ranging from industry information to essays by our contributors. Our first essay will be posted Saturday morning, and more of the changes will be revealed throughout the coming week! 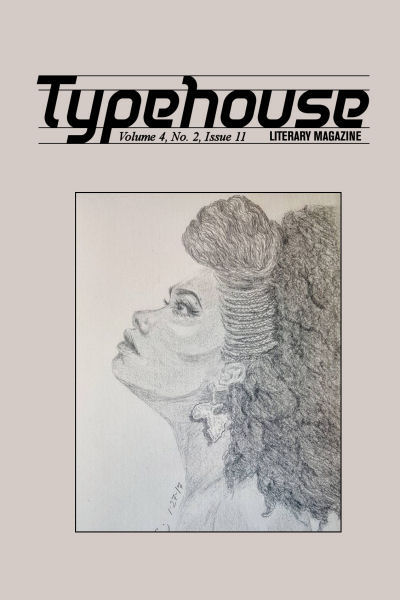 Welcome to Typehouse Literary Magazine,
a Portland, Oregon-based magazine. While based in the Pacific Northwest, we publish authors from all around the country, as well as from overseas. Poetry, Fiction, Non-Fiction, and the Visual Arts, all come together to make Typehouse Literary Magazine the journal it is. Take a look at our latest issue, and then if you feel so inclined, submit a work of your own!

This is our new website, so it is a little plain still. Keep checking back for new developments!